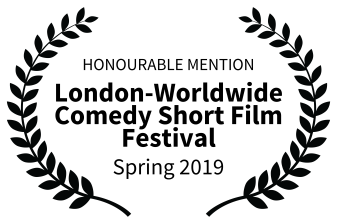 Yay! Reverse Darwinism is up and running. We’ve literally just got the news that it has been honoured with an Honourable mention at the London-Worldwide Comedy Short Film Festival who said that: “Our judges thought your film had many admirable qualities“.

Hopefully the summer should see the film screen somewhere near you!